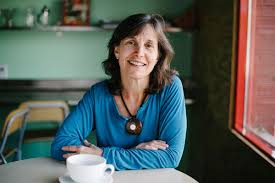 In 2017 the Nashville Statement on the biblical teaching of sexuality was accepted by the Southern Baptist Convention and afterwards signed by theologians, pastors and laypeople who published on this theme of all shades of Protestantism. It’s aim is that churches and Christian adhere to the biblical teaching on sexuality or repent when they drifted away from it.

Divorce, sex before and outside marriage are more and more not longer seen as sinful. Marriage self is redefined. The Nashville Statement testifies that only a marriage between one husband and wife has the right to be called a marriage. Stable homosexual relationships are by many Christians and churches no regarded as sinful or even when admitted that they are sinful in principle, not regarded as a barrier to enter the kingdom of God.

Immediately after publication the Nahville Statement was heavenly criticized. Much more by evangelicals than by liberals. Even before the Dutch edition was officially launched a heavy assault  came, just as in, United States not from the liberal but evangelical side. Two Reformed theological professors lead the attack.

They  belong to a denomination with congregations, although a relative small minority, where members with a stable homosexual relationship are admitted to the Lord’s Supper. Their denomi-nation seeks closer fellowship with two other denominations where there is a much greater degree of acceptation of stable homosexual relationships. While attacking the Nashville Statement, they do not even mention this fact. It seems for them not to be a matter of great concern, while this was one of the main reasons for making the Nashville Statement.

Rosaria Champagne Butterfield, one of the first signers of the Nashville Statement, reacted on this critic in the United States in an article on internet. She herself had a lesbian relationship for many years. She is known for the book An Unlikely Convert. Reading this book and the books she wrote afterwards I am impressed by her wisdom, boldness and humility. That is the reasons why I share with you her article ”Why I signed the Nashville Statement.” It is important that worldwide Christians who are confronted with critic on the Nashville Statement to hear this voice.

Why I signed the Nashville Statement

Great battles in theology faced by the church over the centuries have been caused by the introduction of unbiblical categories about the nature of people and the nature of God, and the imprecise language that emerges from this. Are we justified by faith or are we justified by faith alone? Does the Bible contain the word of God or is the Bible the word of God? Should we refuse to bake cakes for gay weddings because marriage is a creation-mandated institution and not a social privilege that can be re-packaged as the world whims? Or should we bake two cakes because sexual orientation as a category of personhood erases sexual sin without the blood of Christ?

The issue is not whether people are good-intentioned and sincere in desiring things that God forbids. The issue is whether we all bear the sin of Adam, inheriting an unchosen moral deformity, an energy of opposition to God, a rebellion that bequeaths to us a sin nature that we cannot erase on our own terms and by our own hands.

Conversion to Christ did not initially change my sexual attraction for women. What conversion did change immediately was my heart and mind. My mind was on fire for the Bible and I could not read enough of it or enough about it. The gospel gave me a light that was ruinous. It ruined me for the life I had loved. The Lord’s light illumined my sin through the law and illumined my hope through Jesus and the gospel. The gospel destroyed me before the Lord built me back up. In saying “yes” to Jesus and “no” to the desires of my flesh, I learned that the only way to peace with my God was through the Cross—the one that Jesus died on and the one that I was called, with the help of Jesus, to carry.

I learned that sin does not lose its character as sin because I loved it. I learned that my homosexuality was a logical consequence of the fall of man, the thumbprint of original sin on some of us. It is true that some of us are born this way. It is also true that we are all born in sin, in one way or another. We can hate our sin without hating ourselves because we who have committed our lives to Christ stand in his righteousness and not our own. Our real identity is not in the sin we battle but in the savior we embrace.

Christ’s salvation is definitive and decisive. Christ rescues his people, growing us in union with Christ, establishing us in God’s family, the church, and setting us apart to bear the image of God in knowledge (of God’s word), holiness (in God’s justification of his people), and righteousness (through sanctification, also called growth in Christ).

We gain more than we lose when we pick up our cross and follow Jesus. But pick up our cross we must. And for many of us, our cross demands forsaking the sexual sin that calls us by name. We live now in a world that has no use for the God of the Bible, for Jesus, the savior of His people and of the world. The terms are shifting quickly. Calling people like me to forsake sexual sin is no longer considered a first step toward walking with Jesus in liberty and in new life. Today, some influential people who claim to know Christ no longer believe that God hates sin. Sin is in the eyes of the beholder, they say.

Just a few years ago, these people blamed sin on the devil, saying “the devil made me do it.” Now these same people—some of them leaders in the church—blame sin on the Holy Spirit, declaring that He is blessing what the Bible condemns. In a few short years, blame shifting has morphed into blasphemy. And this blasphemy is coming from people who claim to have Christ’s salvation and from the pulpits and blogs that they wield.

When blasphemy comes from the church, the Bible gives us ways to understand how prophets become lions and wolves. First Peter 5:8 issues the warning for today’s church climate: “Be sober-minded. Be watchful. Your adversary the devil prowls around like a roaring lion, seeking someone to devour.” Matthew 7:15 shows us what to do: “Beware of false prophets, who come to you in sheep’s clothing but inwardly are ravenous wolves. You will recognize them by their fruits.” Christian fruit grows you in holiness, like Christ. Christian fruit grows you in grace—which is bought by the blood of Christ, the ransom price for my sin and yours. Grace leads you to love and desire the moral law of God, and not to despise it. Christian fruit has no measure but the word of God.

I signed the Nashville Statement because I stand with Biblical orthodoxy, which is inseparable from God’s creation mandate and definition of gendered personhood found in Genesis 1:27: “So God created man in his own image, in the image of God he created him, male and female, he created them”. The soul is God’s fingerprint on humanity, but the gendered body—essentially and ontologically male or female—will also, for the believer in Jesus Christ, be glorified and resurrected in the New Jerusalem.

I signed the Nashville Statement because my conscience compels me so, because the promises of liberty on the world’s terms are false and deceptive, and because many who currently claim to have Christ’s forgiveness and salvation must be called to account for leading good people astray with false promises and filthy lies.

I signed the Nashville Statement because the wolves are prowling, and the lions are roaring, and because they are bold and proud of their heresy, and because you must be warned. By God through the merit and power of Jesus Christ, here I stand.