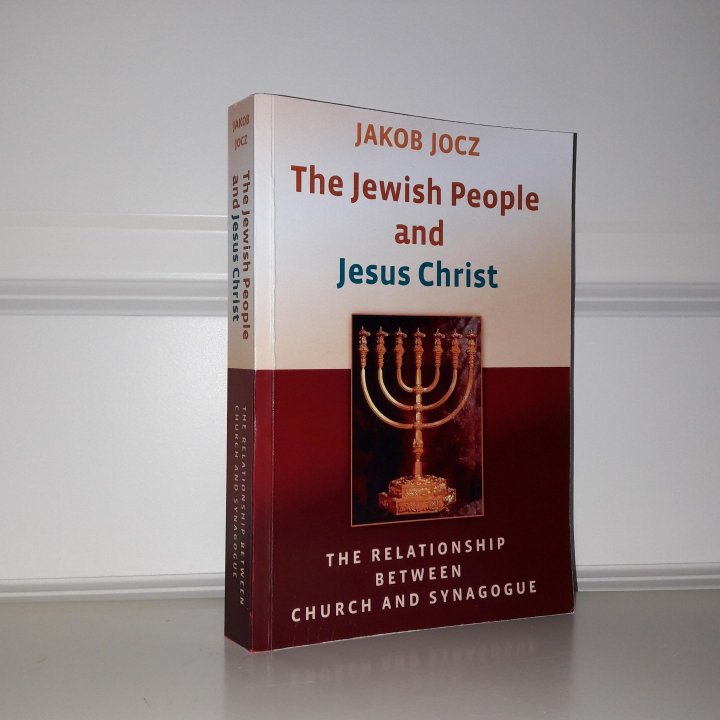 Jakob Jocz was a Messianic Jew – or what was before World War II the usual designation: a Hebrew Christian – of the third generation. Both his parents and grandparents were Jewish believers. He was born on 18th of October, 1906 in Vilnius, Lithuania, as the son of cabinet­maker; Lithuania being then a part of the Russian tsarist empire. His early-schooling he received in Warsaw, Poland. In that time also Warsaw was a city belonging to the Russian tsarist empire. Further studies were done in Frankfurt-am-Main and St. Aidan’s College, Birkenhead England. From 1935 to 1939 served as a missionary to the Jewish people with the Church Mission to the Jews (an Anglican foundation) in Warsaw.

In 1936 Jakob Jocz married his beloved Joan which was also the year of his ordination in London to the Anglican ministry. Their marriage was blessed with the birth of four children, a son and three daughters. During a visit to England for a speaking tour his wife gave birth to a child. At the same time, Germany invaded Poland, which made it undesirable for him to return home. Having four Jewish grandparents he was according to the Nazi laws a full Jew and as all other Jews designed for destruction. In England he served as head of the London mission to Jews from 1939 to 1948. In 1948 he was appointed priest-in-charge of St. John’s, Downshire Hill, Hampstead, London, where he remained until 1956. At the same time post-graduate work was undertaken at the University of Edinburgh. He received the degrees of Ph.D. and D.Litt. in 1945 and 1957 respectively.

A new chapter opened in Jocz’s lives in their coming to Canada in 1956. Jakob Jocz assumed the directorship of the Anglican Church’s Nathanael Institute in Toronto, in which capacity he became a friend and witness to many Jewish people both Christians and non-Christians. Jakob Jocz was a fairly regular speaker for Toronto’s Hebrew Christian Alliance. During several years he was member of the executive committee both of the Canadian and International Hebrew Christian Alliance (now: International Alliance of Messianic Jews). Over the years he was a frequent contributor to The Hebrew Christian, the official organ of the International Hebrew Christian Alliance. In 1960 Jakob Jocz was appointed as professor of theology at Wycliffe College in Toronto. Canada. In 1976 he became emeritus professor. He suffered from cancer the last period of his life and on the 15th of August, 1983 he died in Toronto General Hospital in the presence of his wife and children.

During his life Jakob Jocz authored a number of widely read and influential books on the theological relationship between Israel and the Christian Church as well as many scholarly articles, all reflecting his own position as a third generation Hebrew Christian and an erudite theologian. In 1949 he published his main work The Jewish People and Jesus Christ: The Relationship Between Church and Synagogue. An revised and updated version came out in 1979. This book is considered one of the best and most thorough books on the subject ever written.

It is remarkable that David Daube (1909-1999), a prominent Jewish scholar of ancient law and an expert in the history of Judaism during the Second Temple Period, was willing to write a preface in it. In that preface he admitted that Jews acknowledging Jesus as the Messiah, have the right to consider themselves Jews (not agreeing in this respect with Jewish orthodoxy). In agreement with Jocz Daube pointed to the fact that the real divide between the Christian Church and Rabbinical Judaism is the profession of the deity of Jesus Christ by the Christian Church.

Since 1979 several painstaking works of academic nature researching the relationship between the Christian Church and the Jewish people since the commencing of Christianity have been published. But the strength of The Jewish People and Jesus Christ is that it gives not only historical information about the relationship between the Church and the Jewish people during the ages but also information and theological reflection about the factors with lead to the parting of the ways of the Synagogue and the Christian Church. In this respect it is still unsurpassed.

The Jewish People and Jesus Christ

Jacob Jocz, The Jewish People and Jesus Christ, second edition, has been published by Baker Book House in 1979. In 2010 . With permission of Baker Book House I made a reprint in 2010 to use it as a textbook in one of my series of lectures at the Reformed Seminary connected with the Free University of Amsterdam. In 2018 a new reprint has been made.

When you are interested in this publication you order it by transferring when you live in the Netherlands €45,– to the IBAN of P. de Vries NL52ABNA0553416634 BIC ABNANL2A. hen you live in one of the countries of EU the price is €48 euro and outside the EU €52,– . Postage is included. Please give with your payment your address and the book will be send to you.